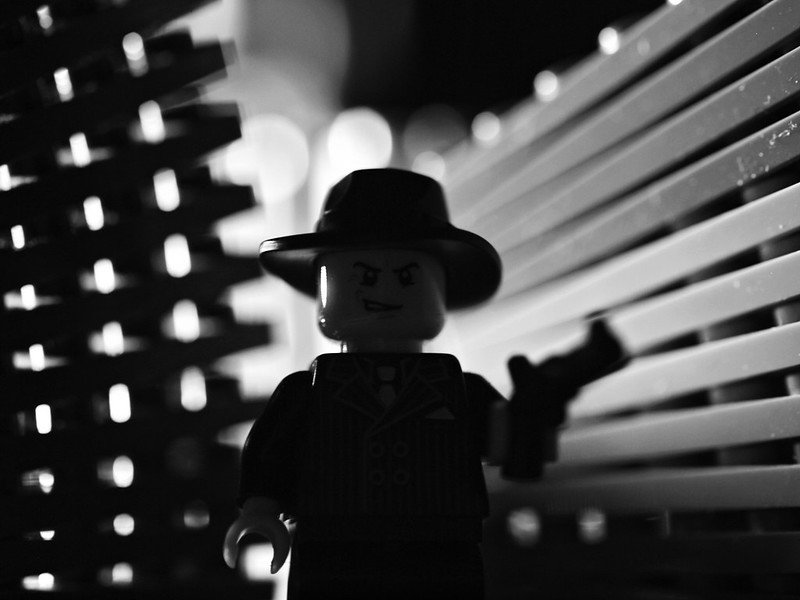 You can’t have a good thriller without a nasty and formidable opponent for your hero. But it isn’t enough to just write a character and call him “the bad guy.” Just as it’s important to create a well-rounded, three-dimensional hero, you must create a villain who is well-developed and not just your standard killer, robber, or kidnapper.

So how can we write a well-developed villain who is a worthy opponent to your protagonist?

Unless you’re writing fantasy or sci-fi or the like, your villain will also be human. They will have a personality all their own and, in most cases, they’ll have a painful past, so you must tell their story, just as you would with the hero. You want him to be everything that makes us human—fallible, flawed, and complete with a backstory that explains their motives and their reason for being so downright nasty.

First, think about what made your villain turn out the way he did. Why is he killing people? Or why is he so hostile and angry? Most often, the answer comes from an earlier time in his life, prior to our entry into the story. It’s also possible he was born that way—which may not make for a compelling backstory—but usually something happened to him early on that made him snap, even if he already had a tendency to be bad.

Whatever you decide to use as your villain’s backstory, it should be an experience every human can relate to on some level. But somehow, for some reason, Mr. Bad Guy reacted to this tragedy or event in a way most humans would not.

Create motive for his actions

Beyond the backstory, the villain must have a motive for his bad behavior. There must be a “why” aside from “he is a bad guy.” Give your villain a specific motive for why he is kidnapping, robbing, killing, etc. This serves two purposes. One, it gives the bad guy even more character, and two, it gives your protagonist something to follow or a mystery to solve. So create a specific motive for your villain’s actions, and you’ll notice it helps you further develop your plot. Examples of motives for villains include:

Give him strengths and weaknesses

Just like your protagonist, a villain should have both strengths and weaknesses. His strengths probably keep him from being caught by the hero during the first part of the story. Ideally, his strengths should be a good foil for the protagonist’s weaknesses. Let’s say your hero is a female sleuth and she’s smart and witty, but she has a weakness when it comes to her self-esteem. Have your villain know this and take advantage of it. Perhaps he, as a former cop, leaves her clues and taunts her because she’s not “a real cop.” This allows your villain not only to have strengths, but to use them to his advantage.

Weaknesses should make the villain fumble a few times and ultimately lead to the protagonist putting an end to his reign of terror. Eventually, your hero discovers the weaknesses and turns them against the villain. There must be something that makes the hero able to stop the reign of terror once and for all.

Be careful to avoid overused tropes such as:

Villains with these types of storylines are overused, unoriginal, and predictable. Some of these can be used if you find a unique twist.

A complex and complicated villain will be a worthy adversary for your hero to fight and ultimately defeat, and your readers will not only talk about what a crazy, unique villain you created, but they’ll be grateful for your efforts.

I'm an author, poet, and occasional blogger. Inspiration is everywhere. I live in the vibrant city of Austin, Texas. Cheers, y'all.